After the death of the last owner Christine Hanbury in 1962 Chelmsford Borough Council (now Chelmsford City Council) purchased the whole of Hylands Estate in 1966 and within a month the park was officially opened to the general public. Once establishment of the Hylands Restoration Fund was created in 1987 English Heritage gave their consent to the Council’s proposal to restore the house to its 19th-century Humphry Repton’s designed appearance. Prior to work commencing Hylands House was re-graded to become a Grade II* listed building.

Christine Hanbury died in 1962, leaving no specific proposals for the Estate, and whilst the future of the Estate was unknown, in 1963 a fire broke out damaging the roof of the west wing and much of its contents.  In 1964 Strutt & Parker (estate agents) organised a 4-day county house auction to sell the house, park and furniture.  The furniture was sold, but the house and park remained unsold. Hylands was marketed again and Chelmsford Borough Council (CBC), Chelmsford Rural District Council and Essex County Council (ECC) discussed purchasing the Estate. It was agreed Essex County Council would buy the house and Chelmsford Borough Council would buy the park.  Eventually ECC withdrew and the council purchased the whole Estate under the Physical Training and Recreation Act of 1937, in 1966. The house at this point became grade II listed. CBC parks department began work on the overgrown gardens and volunteers from the District Council Youth Leaders worked on the park.  The house was deteriorating – exacerbated by the fire and subsequent water damage.  In addition dry and wet rot had set in behind the plastering and wood panelling.  Meanwhile proposals for the house and park were discussed, ranging from school playing fields, a racecourse and a golf course. Unfortunately at that time there was quite a bit of theft including the lead roofing, resulting in weather damage, and even marble fireplaces. 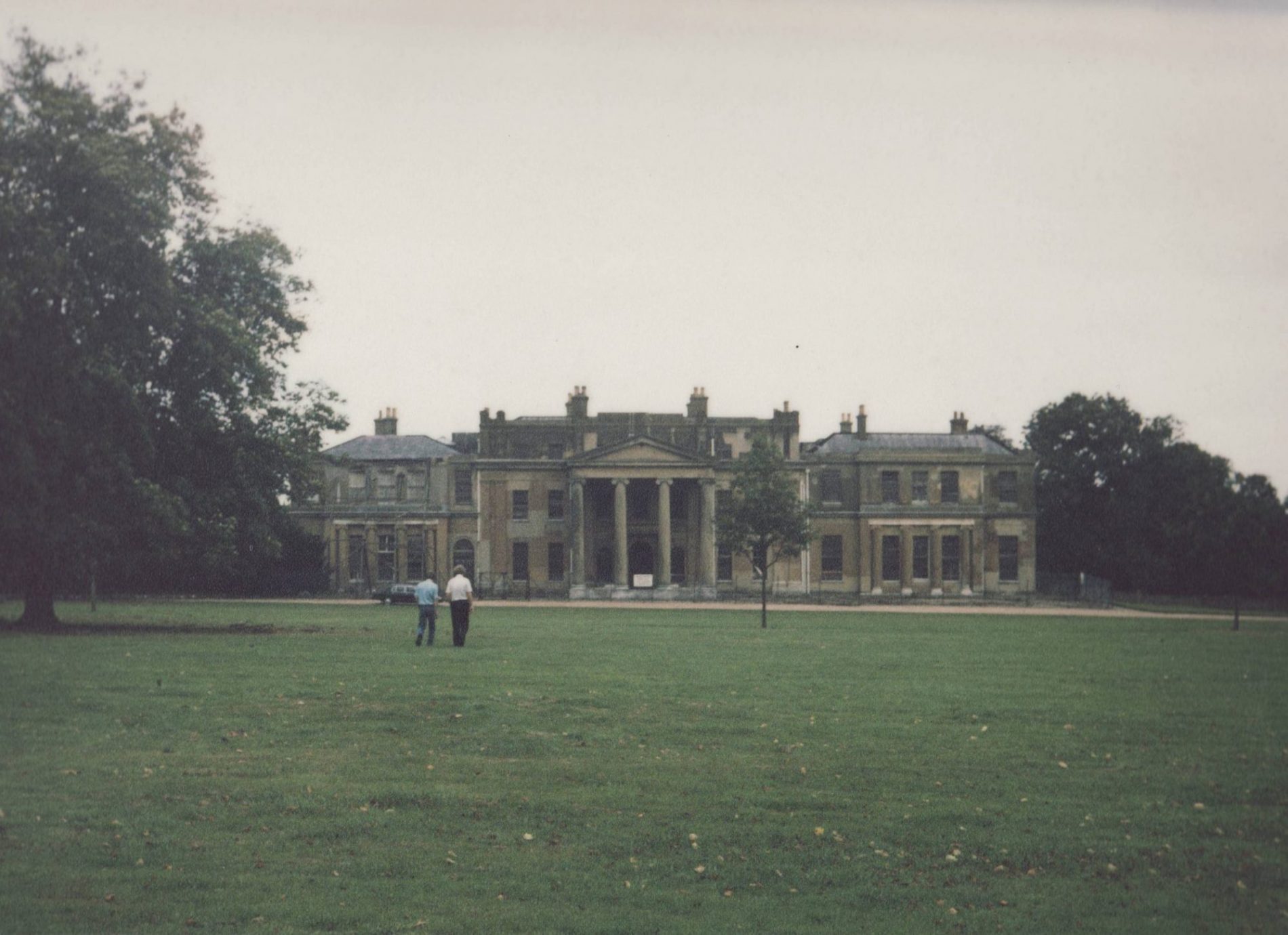 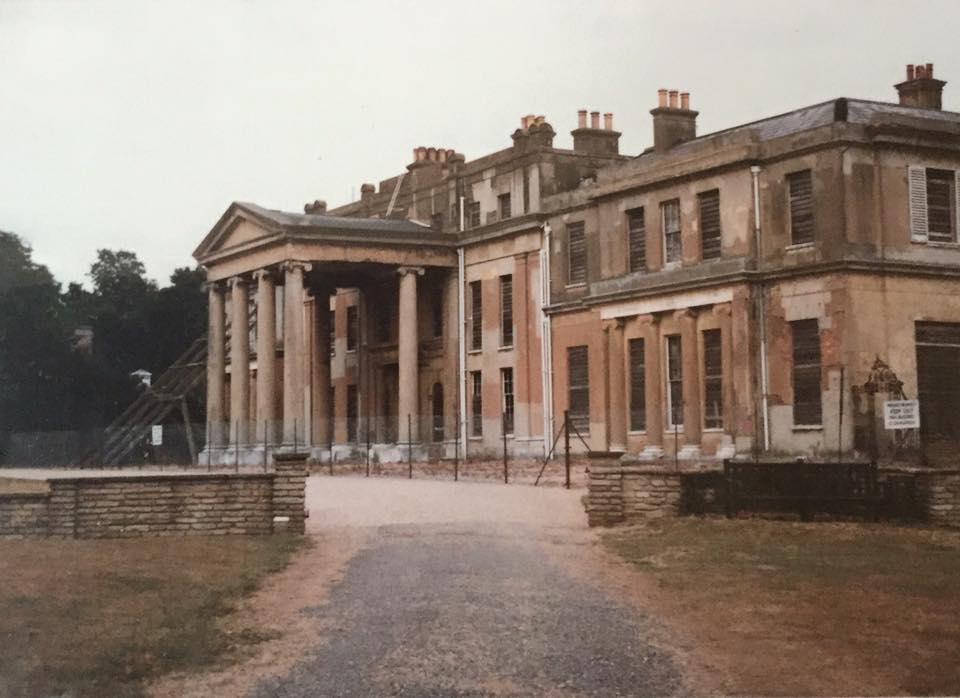 Unfortunately due to a lack of foundations and dry rot the servants quarters between the house and Stable block, following listed building consent, were demolished. Consent to demolish the first floors of the house was granted in order to maintain the main structure of the building, but no action was taken. The Council received proposals for Hylands one included luxury flats; however, none of the offers were compatible with the need to keep the park open for public access. The Government Department of Environment acknowledged that Hylands was of architectural merit and historical importance and regraded the house to II* status. However they could not help fund the restoration. Essential repairs to the house were made at this point.

In May 1983 the Conservatives lost the local elections to the Liberal Alliance.  ‘Saving Hylands’ was part of their manifesto, and this led to a change in thinking regarding the disposal options of Hylands, being the emphasis shifted from a commercial venture to public use. All the attempts to dispose of the house came to nothing and after considerable thought and advice from the Borough Architect Esmond Abraham, the Council decided to restore Hylands to its early 19th Century Humphry Repton designed form. The Reinstatement Fund (later called restoration fund) was created and The Historic Buildings and Monument Commission, now called English Heritage, suggested that they would make a £195,000 contribution. In the end, English Heritage made a small contribution of approx £30,000 for the roof. 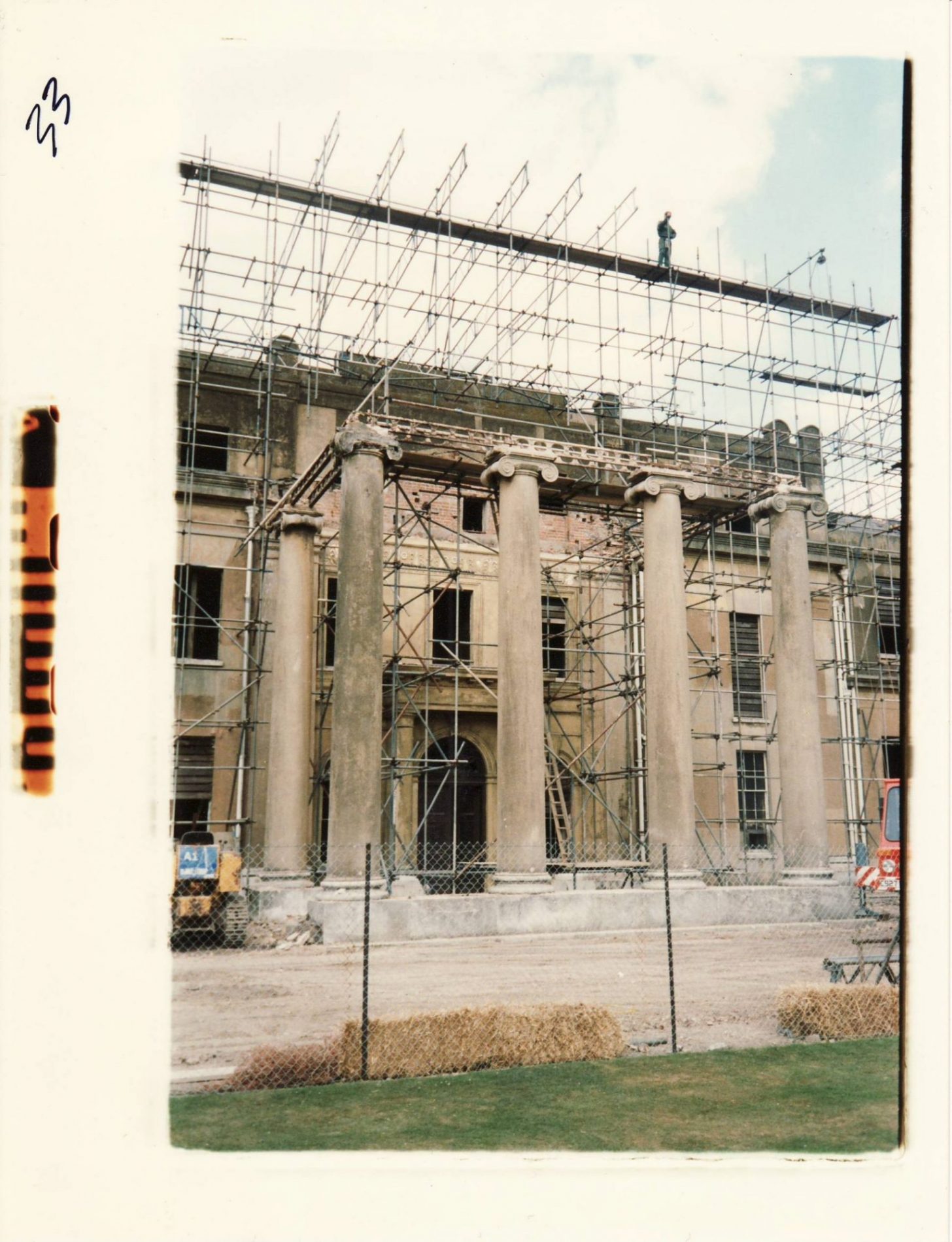 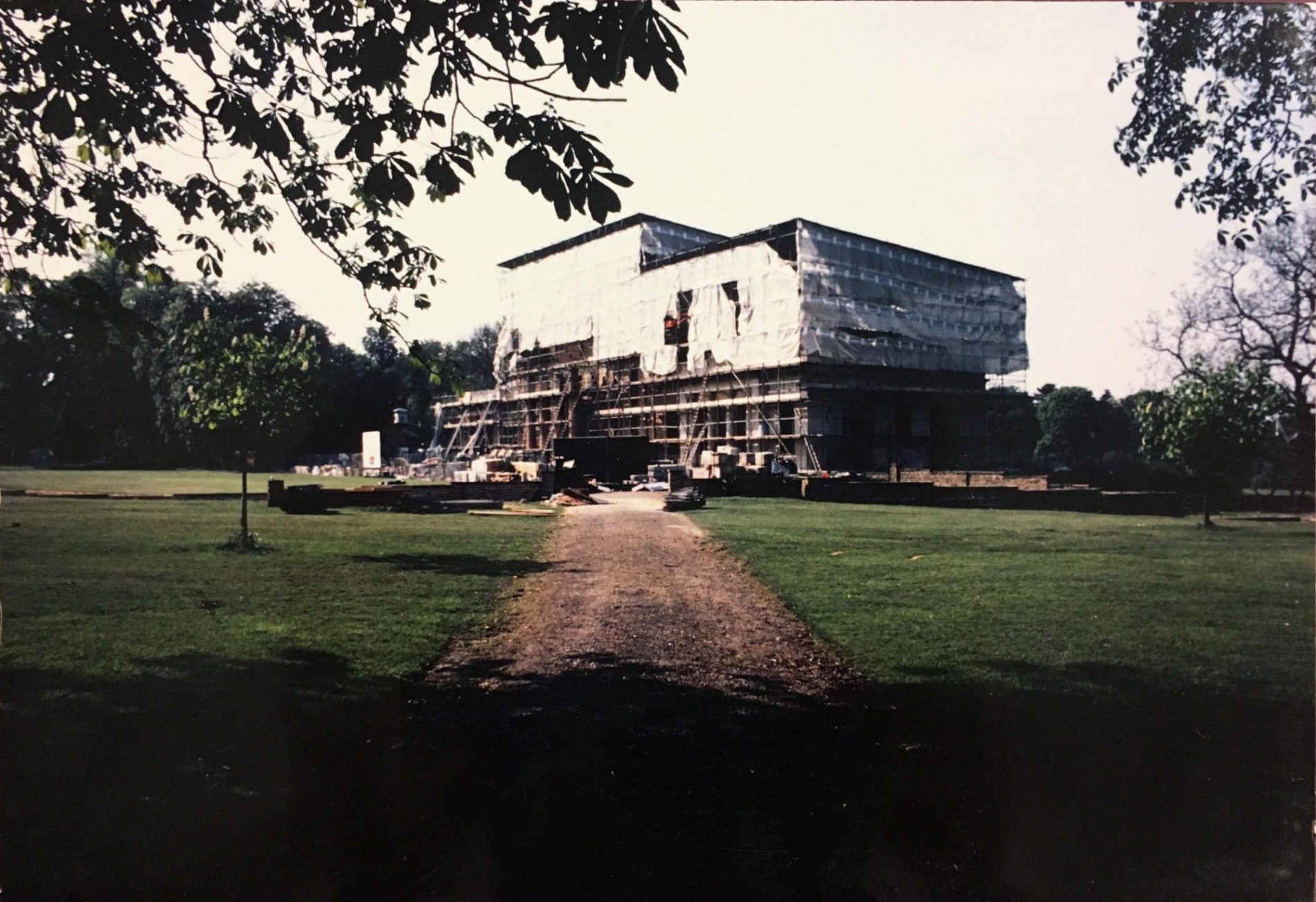 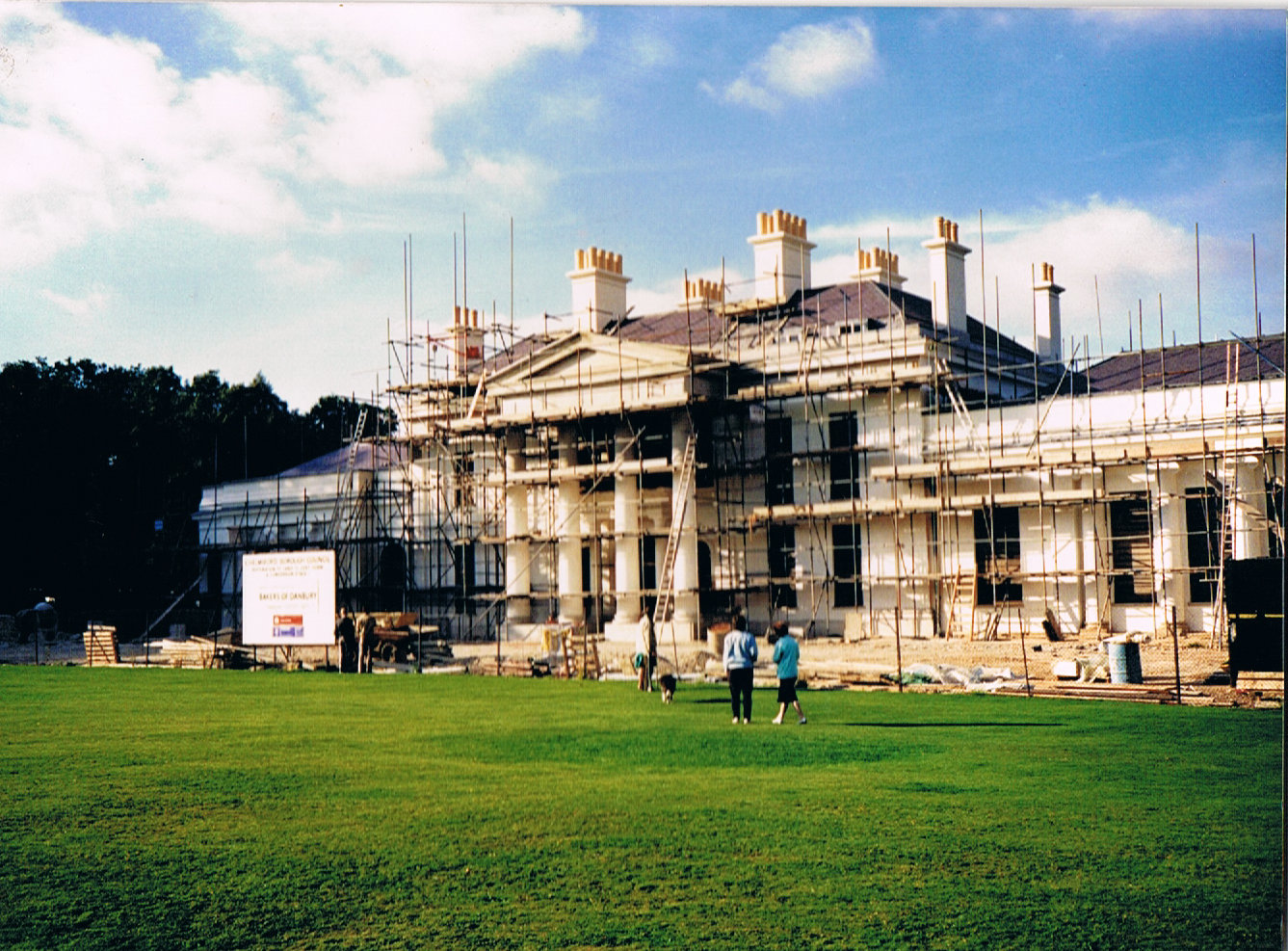 The first phase of restoration was completed to Humphry Reptons neoclassical form (c 1819-1839). Therefore the Victorian stories and Porte-Cochere were subsequently removed. The exterior was restored with new-hipped roof to its neo-classical form (1819-1839). The rotten and infested wood were stripped out, but intact wooden fittings (mahogany doors, shutters, pelmets etc) were salvaged and stored to be placed back once safe to do so. The infamous 1987 storm had a devastating effect on many of the parks mature trees and heavy rain burst the culverts that fed into the lake. The park received grade II listed status on the register of parks and gardens of special historic interest – published by English Heritage. In 1988 the council organised first public ‘spectacular’ event in the park to celebrate the Borough Centenary and more than 30,000 attended. The Council acquired Shakestones Field ensuring the Northern part of the Repton Landscape was owned by the Council and open for public use. In 1991 Hylands House opened to the public for four consecutive weekends. Also The Friends of Hylands House were formed.

Phase 2 of the restoration commenced in 1991. Services were successfully reconnected to the House and the Entrance Hall was restored to it’s 1920-30 period.  The Blue Room (now Terrace Room) was refurbished allowing seasonal public access for viewing/lectures/ exhibitions. Although Chelmsford Borough Council continued to renovate the house, the Stable Block and Flint Cottage needed restoration and the Council sought in partnership with the Heritage Lottery Fund to restore this. The Council acquired Widford Fields ensuring the Northern part of the Repton Landscape was owned by the Council and open for public use. 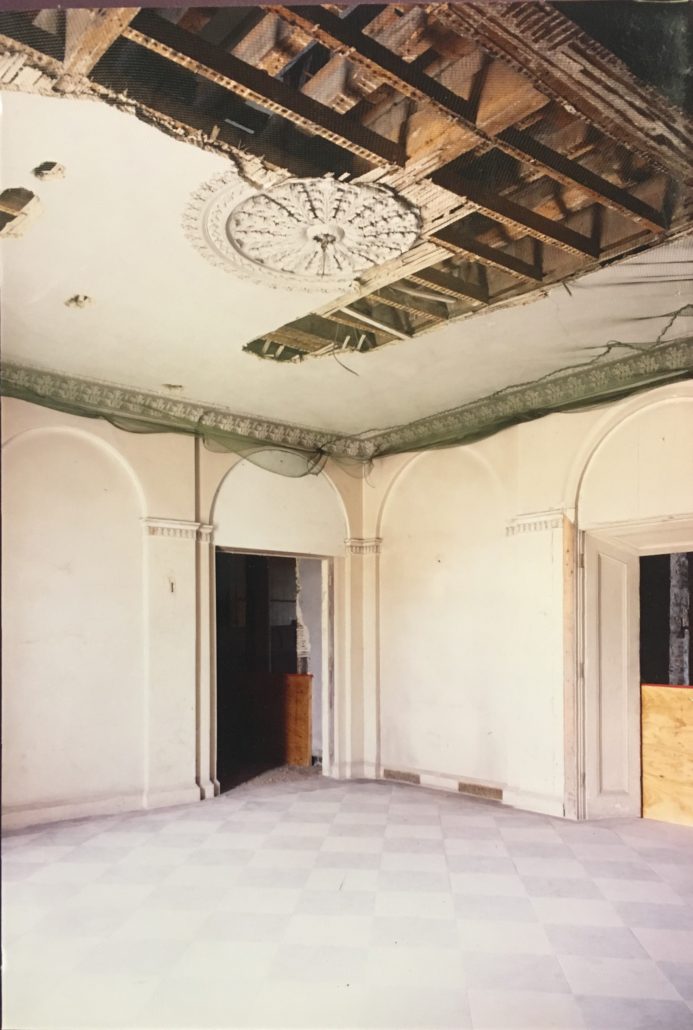 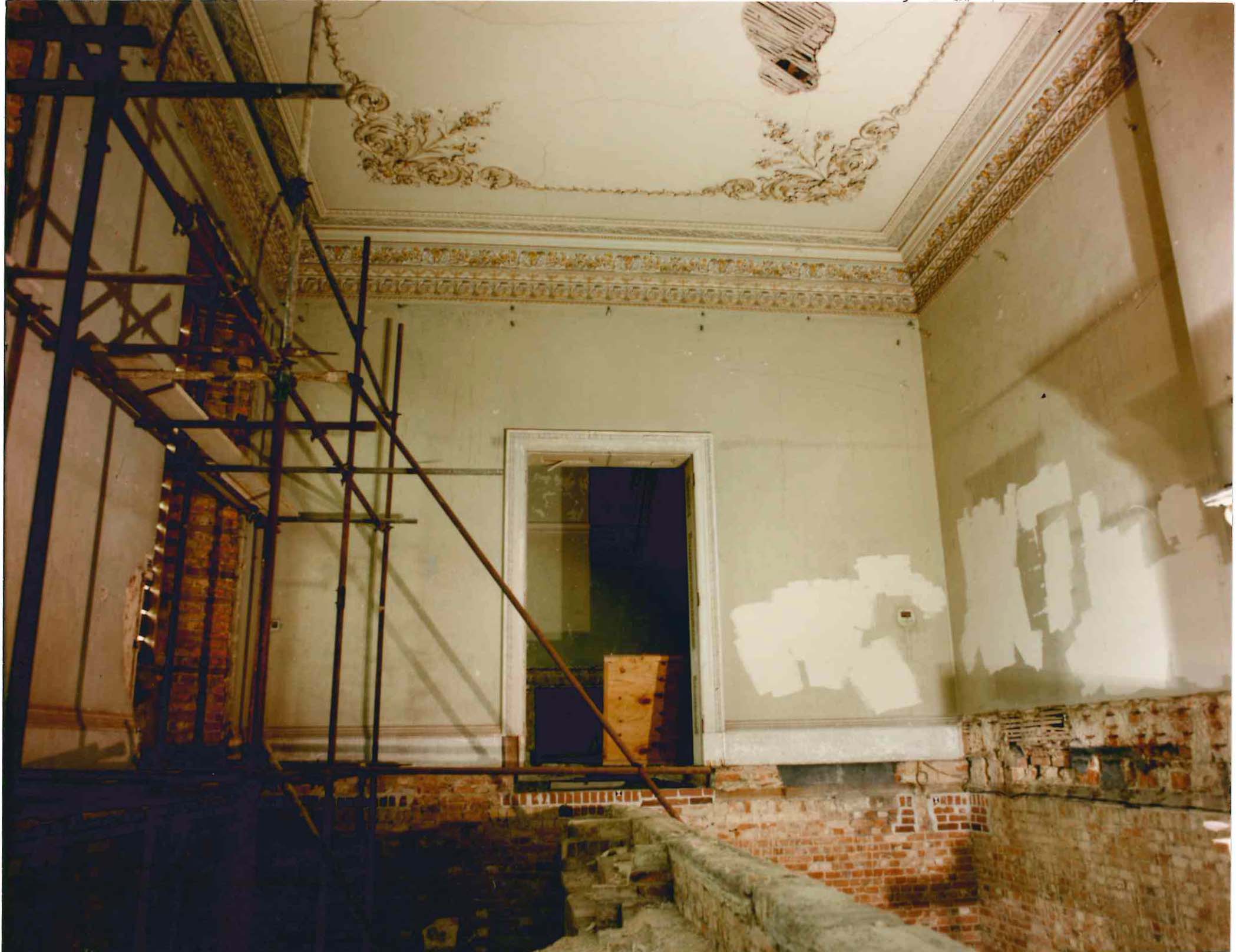 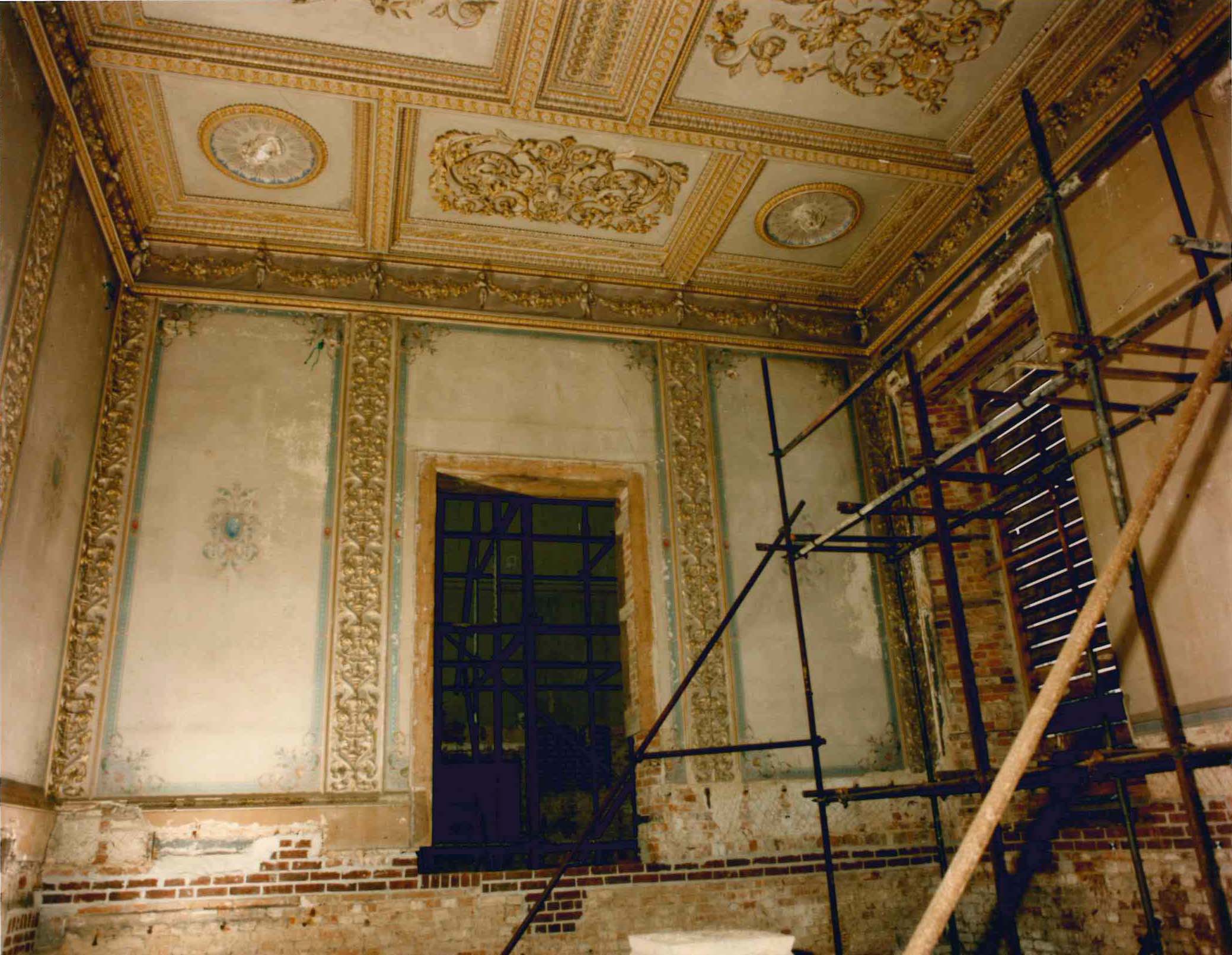 Phase 3 started in 1998. The East Wing including the Drawing Room, Library and Saloon were restored to it’s 1840’s period.  The Boudoir adjoining the Blue Room was refurbished (now terrace room).  The study was temporarily used as a ticket office.  A trench was partly dug around the outside to house service pipes and wiring and address the damp conditions in the basement.  Some of these costs were directly funded by the Restoration Fund.  All year round public use started at this stage. The Heritage Lottery Fund awarded the Council £18,700 to assist in the preparation of a Restoration Management Plan, (total cost £32,000).  This enabled the council to adopt a phased approach to the remaining elements of the house and park, which needed restoration and formed the basis of future bids to the Heritage Lottery Fund.

Phase 4 started in 2001 and involved successfully restoring a vast amount of the house including the Banqueting Room, Small Dining Room, corridor and The Study, kitchen, whole Basement, and Mezzanine, Lecture room, new toilets, store and public lift. Overall floor space available for the public increased from 416m2 to 1090m2– approx 260%. The Council received stage 1 approval from the Heritage Lottery Fund and a grant of £233,125 to develop phase 5  proposals. 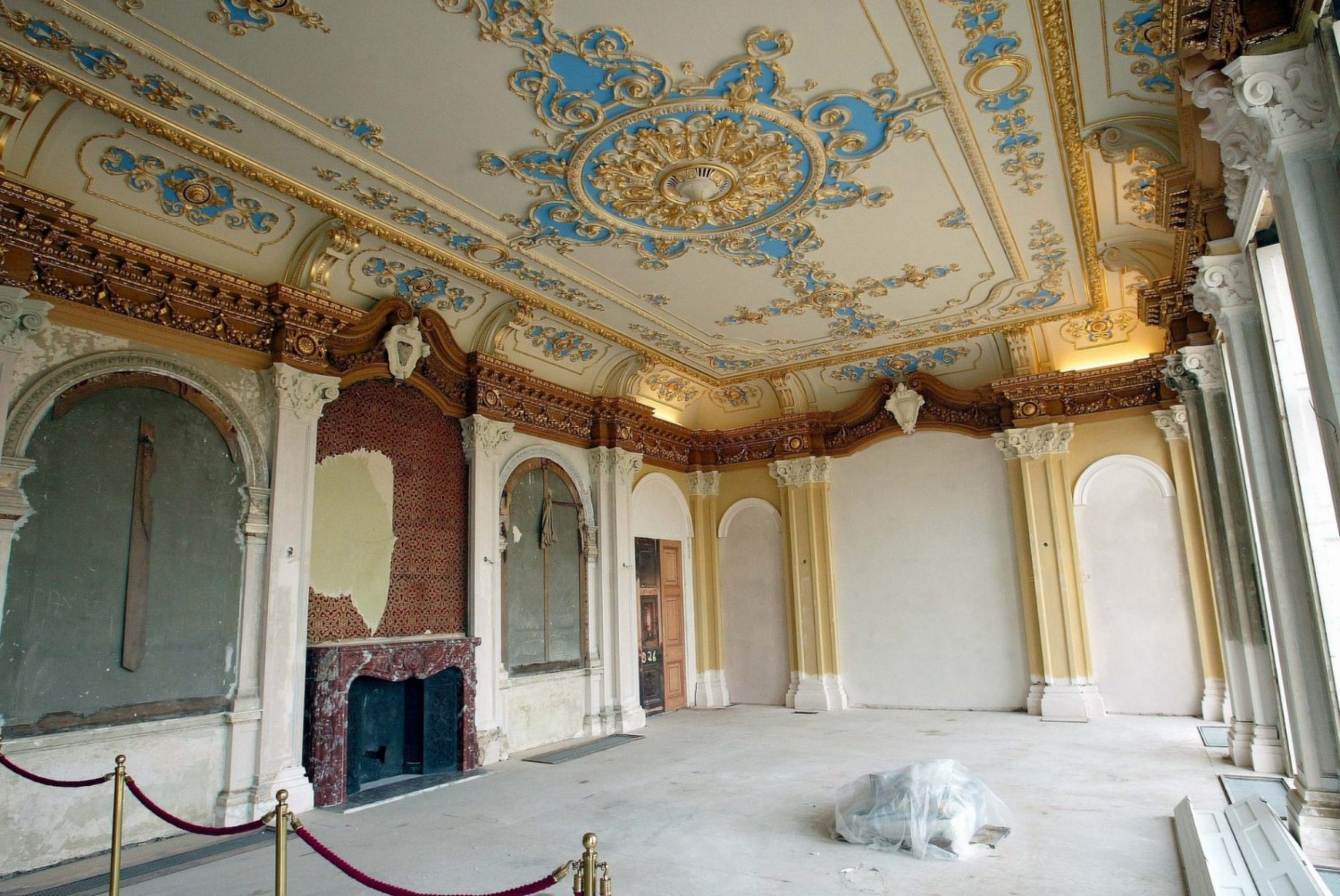 Phase 5 saw the restoration and redesign of The Stables and Home Farm. Home Farm is now home to the Hylands Charge hand and his team who successfully maintain our Estate. The Stables once housed the Estate’s horses has now been sympathetically restored as a space for enjoyment and relaxation. The Stables, at the heart of the Estate, offers a welcoming café and an eclectic gift shop which is the perfect place to enjoy with friends and family. The resident artists are situated in The Stables as they create unique bespoke pieces in their studios and book shop run The Friends of Hylands House.

Phase 6 saw the completion of the Grand Staircase, all of the first floor and the roof space (Hylands office). Ultimately this phase completed the entire house. Phased restoration began in 1987 and 20 years later in 2007 it was complete. Hylands has become a shining example how a local authority can successfully renovate a historic landmark and make it self-sufficient. Furthermore over those years countless apprentices worked at Hylands learning and devloping dying out skills and are now working accross the globe saving beautiful buildings. Please see our Rooms to see what we have achieved. 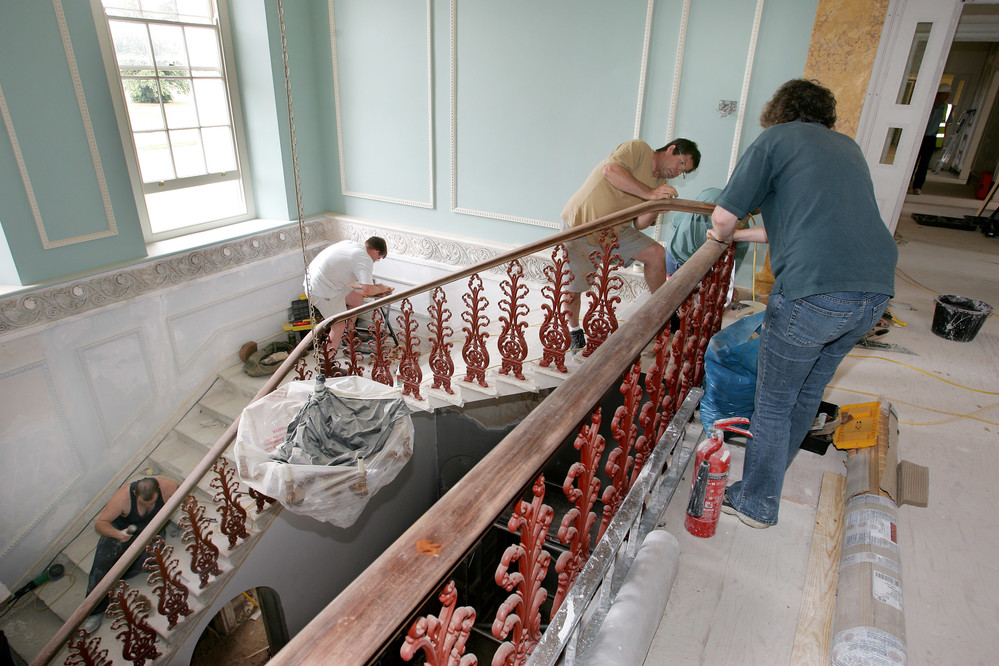 Hylands Estate is proud to have successfully completed a mammoth task of saving and restoring Hylands House and The Stables. However we are not quite done. Still on our list in renovating The Flint Cottage (home to many people over the years including the gardeners and chauffeurs), an ice house and the Victorian walled kitchen garden.

GET IN TOUCH
Scroll to top